You are here: Home / News / Metro FALSIFIES Search Warrants …AGAINST YOU!!!

So if we lie to the government it’s a felony. But if they lie to us its politics! 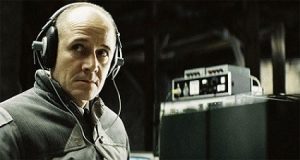 Nearly 80% of you were against the largest tax increase in Nevada’s history and voted for those who claimed to share your beliefs.   So why did those in Carson City still vote against you?

Certainly there are those like Assemblyman Paul Anderson, John Hambrick, and even the Governor who pledged they won’t raise taxes, but did anyway. Sadly, many Nevadans have come to expect such types who lie, cheat, and steal to get into office.

But what happens to those in Carson City who are fighting for you?

The answer is frightening.

Frightening since Nevada’s ruling 1% use extortion, intimidation, illegal wiretaps & false warrants against those who fight FOR YOU….and this should concern everyone.

For these tactics will soon be used against… YOU!

In order to cover up the Governor’s tactics to obtain votes for the largest tax increase in Nevada’s history, Detective William Schoen (who has a history of intimidation, having been sued in Federal Court) FALSIFIED an Affidavit for Search Warrant against members who were fighting the tax increase…

…and these executed wiretaps and searches were done while these representatives – officials YOU elected to represent YOU – were in legislative session fighting for YOU!

We are about to expose a criminal conspiracy.

A conspiracy that uses sworn officers of the law (like Schoen) who will lie, intimidate and break the law, so your voice is not heard.

A conspiracy that uses illegal activities to rub out any opposition, so your voice is not heard.

A conspiracy that uses Soviet-style tactics to control leadership positions, so your voice is not heard.

You don’t believe this happens?

You had a glimpse of how such tactics are used in Carson City a few weeks ago at the Democratic Convention in Las Vegas that made national news when:

– Rules were changed during the convention

– Blatant rigging of the process was exposed

These same under-handed tactics are used in exactly the same way by the establishment leadership within the Republican Party as well…against members of their own party.

Pretending to be a swing vote in a Republican leadership vote, Edwards played the role of snitch by secretly wire-tapping meetings of groups who opposed the establishment politicians.

Chris Edwards refuses to deny wearing a wire to secretly record fellow caucus members during the leadership battle for the Nevada Assembly on the Jon Ralston show.

More than likely this behavior resulted when Edwards became an indentured servant to the party establishment, accepting $57,000 from Assemblyman Paul Anderson to pay off campaign debts, in return for Edwards’ support of Anderson for leadership.

Edwards even bragged to others in “Let’s-Make-a-Deal” fashion: “What Paul (Anderson) have to do to get your vote?”

Are you tired of this business-as-usual politics?

Then arm yourself with the truth!  Change is needed now or the lawlessness you see, you see in the halls of government will soon be in your front yard.

Television news shows cannot go into depth or clearly lay out entire schemes that are so prevalent in Nevada politics.  Even this article is only the tip of the iceberg of a control scheme that will soon encroach into your life.

To see the rest of the conspiracy, go to:
(click onto hyperlink below)
https://thepublicslate.com/wp-content/uploads/2016/05/5.23.16-scan.pdf

Clark County D.A. Wolfson Turns His Back On Military VeteransSteve Sanson Asks for your Support