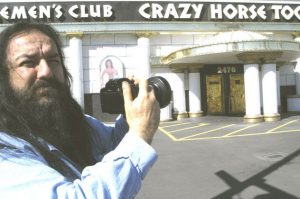 Veterans In Politics International President Steve Sanson is no stranger to Nevada politics with his abrasive no nonsense attitude, has placed a challenge for a Mix Martial Arts (MMA) match-up. 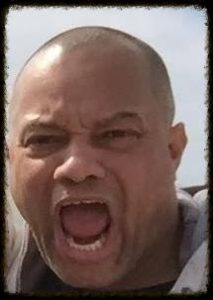 Sanson stated being the president of his group has placed him in positions to go after friends that are elected for not doing their job as a representative for the people.

Anyone that decides to go after a person by hiding behind a keyboard and using the name “anonymous” in the Las Vegas Law Blog should back it up with action, adding only cowards hide.

Sanson is no stranger for making challenges for a match-up in the ring. Sanson made a challenge to Jesus Arevalo the metro police office that was terminated for gunning down unarmed Disabled Gulf War Veteran Stanley Gibson and costing taxpayers $1.5 million dollars in civil damages to his widow and $500,000 to his mother.

Former Marine Challenges Officer Involved in Shooting to a Fight

After receiving no response from Arevalo; Sanson made a challenge to Arevalo and Bryant Yant for a handicap match.

Yant is the Las Vegas metro detective who now serves on the Las Vegas police union board. Yant gunned down unarmed Trevon Cole and perjured himself to a judge this allowed him to obtain a search warrant resulting in civil damages costing taxpayers $1.7 million dollars. Yant is also a former US Marine.

Sanson has now made another challenge.  But before making the challenge Sanson made sure the match-up was possible and obtained a statement from Real MMA Director of Operations Charles McChesney.

Steve, as the director of Real MMA here in Las Vegas, I would love to add a master’s fight to the card. You and your opponent will have to fight under the rules and regulations of the licensing body -Nevada Athletic Commission, and the sanctioning body – the International Sport Karate Association. We have several dates scheduled for 2017, beginning with the 27th of January, then 4/21. Then 6/16. Choose the date. We’ll put you in the ring! A percentage of the proceeds can be designated to the charities of your choice.

Below is the video and statement of Sanson’s challenge.

My name is Steve Sanson President of Veterans In Politics.

Over the years we have exposed a lot of corruption in Nevada.

We have face it head on and never ever backing down.

Many have called our group unpredictable and many have feared us by not appearing on our talk shows or candidate interview process.

But we fear no one and we even contacted candidates and congratulating them, even if we disagreed with them.

We have taken on many folks in this community.

Some folks we have taken on need to be made an example of.

In the unarmed shooting of both Trevon Cole and Stanley Gibson, after bringing these two tragedies in the media and educating the community on the killer cops that took these men lives; Last year I have decided to challenge both police officers to an MMA fight at the same time; but both officers declined my offer.

I now move to something more personal.

Over a year ago a corrupt political consultant, a washed up Journalist, a corrupt North Las Vegas Police Union Boss and a poppet opportunist tried to steal the Veterans In Politics good name, so they can oust me out of the political arena and rubber stamp candidates; so it looks like these candidates are supported by the veteran community.

We are glad that other veterans groups have finally decided to step up to the plate, although we have been around since 1992, where have you been?…

We are sadden to know that the only reason these organizations formed, is because they wanted to rubber stamped candidates for an endorsement and continue their corrupt behaviors under the veteran umbrella.

Although there is a newspaper article that says; they are less about politics and more about veterans that statement is far from the truth.

Just look at 2016 candidates that received an endorsement from these two groups.

This is a veteran that I have personally helped, we endorsed his candidacy for North Las Vegas City Council and we made him an officer in our organization and placed him under our wing.

Because at the time he has only been in our community less than a year.

Now he has turned out to be the biggest “Judas” I know. He is also the puppet opportunist I spoke about earlier.

After speaking with the management of Real Mix Martial Arts.

I would like to challenge Richard Carreon to a match-up in the ring, so I can legally kick that ass, your own girlfriend wouldn’t recognize you!

Except my challenge Carreon or the next time you see me you better STAND DOWN!

Here is the reason why Sanson is up in arms:

New advocacy group is more about veterans, less about politics

Richard Carreon is either stupid or a Judas