Remember our Fallen on 9/11 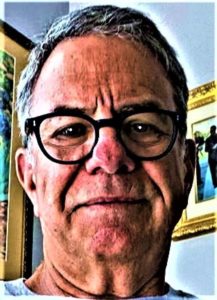 Some 25, years ago, Dr. Joseph Fayad hired Jerome (“Jerry”), F. Snyder, for corporate and transactional matters relating to medical practice in the Vegas valley.  Instead of a traditional fee agreement, Snyder convinced Dr. Fayad that he (Snyder) should take a percentage of the medical practice revenues as payment of legal fees.

Snyder would take 15% of the practice revenues as “management fees.”  As it turns out, Snyder’s fee arrangement is unethical and unenforceable in the Great State of Nevada.

Notably, the attorney fee agreement was never reduced to writing; Dr. Fayad believes the agreement is not in writing because Snyder knew all along that the agreement was unethical and unenforceable.  Attorneys should not take an ownership interest in their clients’ business interests, especially where those interests are the subject matter of the representation.

Meanwhile, Jerry Snyder and a partner created a corporation to handle the 15% “management fee”—which was extracted from Dr. Fayad’s medical practice.

In 2008, Dr. Fayad sought advice from Snyder regarding an invention he wanted to patent; however, instead of a traditional fee agreement, Snyder took an interest in the invention and created a complex corporate web to conceal his own interests in Dr. Fayad’s invention.

Snyder incorporated dozens of entities—and many of these corporate entities were formed and registered by the law firm, Marquis, Aurbach, and Coffing—and much of the work was done by Philip S. Aurbach—candidate for District Court Judge, Department 4.

Veterans in Politics International opposes Phillip S. Aurbach for judge!  Aurbach represented adverse parties in the same transaction—and got paid for it—on more than one occasion.

Attorneys have a duty of loyalty to their clients; however, if an attorney represents two separate clients—and those clients adversarial with one another—it’s impossible for the attorney to be loyal to one client—without being disloyal to the other.  Attorneys may not simultaneously represent adverse parties.

The corporate entities of Snyder and Aurbach went on to make millions.  Snyder paid himself hundreds of thousands in legal fees.  According to Dr. Fayad, there were many conflicts of interest involving Aurbach, specifically where Aurbach would represent adverse parties in the same transaction.

Around 2008, Dr. Fayad sought to patent and license an invention to pharmaceutical companies.  After Dr. Fayad consulted with Snyder, Snyder paid Aurbach to represent Dr. Fayad regarding his invention.  In doing so, Aurbach simultaneously represented adverse parties—Dr. Fayad and Snyder.

Dr. Fayad was unaware of the legal conflict created by Aurbach’s pre-existing relationship with Snyder.  Dr. Fayad, at this time, was also unaware of the fact that Aurbach was representing adverse parties in the same transaction and earning fees from both sides.

Aurbach refused to discuss the matter with Dr. Fayad, who was forced to find new counsel.  Dr. Fayad then spent millions of dollars to retain control of his invention and patents, where were abandoned by Snyder and Aurbach.

Dr. Fayad came to later learn that Snyder and Aurbach had created complex corporate structures for the sole purpose of hiding the true ownership interests.

Back in 2013, in connection with a bankruptcy case, it was revealed that Aurbach simultaneously represented two parties who were adversarial with one another.  But again, this is a blatant conflict of interest.

However, professional ethical duties didn’t stop Phil Aurbach from simultaneously representing two adversarial parties back in 2013.  This dual representation created a blatant conflict of interest!  Aurbach breached his duty of loyalty to both clients!

Back in 2013, Aurbach’s law firm, Marquis, Aurbach, and Coffing failed to disclose Aurbach’s current financial connections with the Debtor—which was “an egregious violation of FRBP 2014(a).”

Most alarming of all, Aurbach got $1.4 million before he was caught with his hand in the cookie jar!

Phil Aurbach is-not-judge material.  We must defeat Aurbach at the polls.

This November, we urge you to vote for Nadia Krall, for District Court Judge Dept. 4.

Family Court Judge says!—“Don’t Be a Sailor in My Courtroom!”“ONE IN THE CHAMBERS”