You are here: Home / Endorsement Interviews / The battleground is set for NV Assembly District 41 and State Senate District 19! 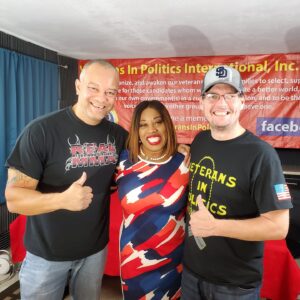 Dr. Erika Smith a candidate for Assembly District 41 has a doctorate degree in the medical field.  Dr. Smith is a strong believer in school choice, education, medical, and entrepreneurism is part of her platform. Dr. Smith is endorsed by Veterans in Politics International and we encourage each of you to educate yourself on this candidate by reviewing her interview below: 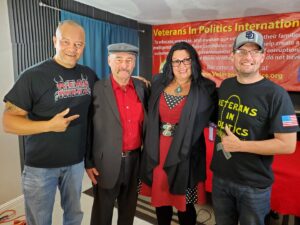 Tiffany Seeback a native American Indian her father was the chief of his Tribal community and a former Navy Veteran. Seeback has a special place in her heart for our US military.  Seeback is a candidate for Nevada State Senate District 19. Seeback would like to remove the red tape to give additional opportunities to Nevadans that would like to open a business. Seeback is a candidate for the largest senate district within the state of Nevada from Clark to Elko County.  Seeback gave us an educational lesson between the US Constitution and the Nevada State Constitution, she would like to limit some of the laws with our state constitution.  When asked how she plans on supporting veterans, Seeback responded and said she has a song that she is going to give 50% of the revenue back to the veteran community…  We encourage Seeback to sing part of the song in the interview and she did. Please take a moment and review the video below:

Stand up for Change

MARY PERRY vs. SARA DAYANI – TOO HOT in the KITCHEN!Judicial Candidate for District Court has BLOOD on her hands!