You are here: Home / Endorsement Interviews / THE COUNTDOWN to SUPER TUESDAY is ON!!

Veterans In Politics Video Internet Talk Show Program did a series of interviews last week for the countdown to Super Tuesday. We have noticed that many litigants that were burned and screwed over by attorneys are coming forward to expose candidates for, judgeship. They are contacting our organization non-stop to tell their story.

With your help, we will make our judiciary “great again”! 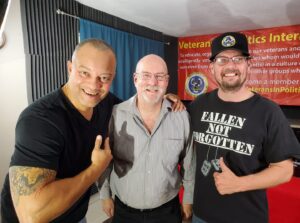 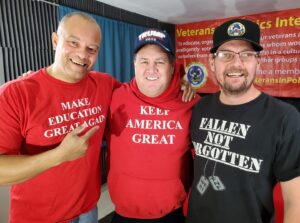 Michael Broadway unleashes his professional and personal experiences with the candidate for family court judge, Jason Stoffel.  Michael Broadway is a real estate broker, Republican, and avid Trump supporter—who will not vote for Stoffel!  Broadway had hired Jason Stoffel on a family law matter, but he had a terrible experience with Stoffel who ignored Broadway.  Michael wants to know how Stoffel can be a judge—when Stoffel has no children of his own.  Stoffel can’t understand what it’s like when the family court judge wrongfully takes custody. 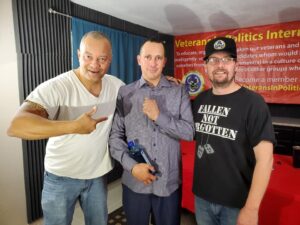 Yvonne Randall will uncover the corruption of Judge Douglas Herndon.  Yvonne is from Michigan.  She has been building Las Vegas since 1986.  Yvonne has personal knowledge that Doug Herndon is NOT right for Nevada Supreme Court.  Her husband, Don, suffered 21 years because Doug Herndon LIED in court!!  Herndon took Randall’s home and it ruined her life.  Yvonne Randall will tell you: “Don’t vote for Douglas Herndon!” 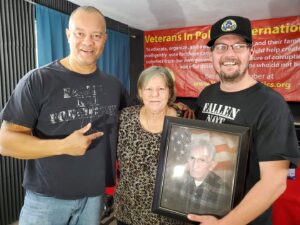 Land of Confusion!The Welfare of Children is the Same Excuse that All Tyrants Give!