You are here: Home / Home - Featured / Family Court Judge denied a mother from seeing her children in six years; without a termination hearing! 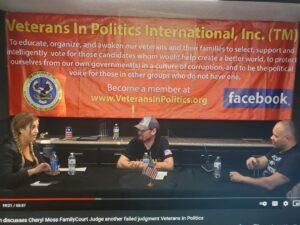 Peterson did a year in prison for the distribution of “club drugs”. Peterson who was a licensed esthetician, now a registered felony who cannot find meaningful employment, so she turned to webcam video to put food on the table.

Peterson stated while she was in prison her stepsister picked up where she left off and became an item with her children’s father.

Peterson was out on parole and went right back in jail when she sold “club drugs” to an undercover agent.

Instead of going back to jail, Clark County District Court Judge Jessie Walsh placed Peterson in a recovery home. Where she learned how to kick the habit of using drugs. Treatment is always better than incarceration.

Peterson claims after she came out of the recovery home she attempted to gain visitation with her two children.

While she was in front of Clark County Family Court Judge Cheryl Moss, Peterson claimed that the opposing council was one of Moss’s contributors to her reelection campaign and Moss never disclosed that to the court.

Peterson stated that she went to Clark County Child Support Court because of a bench warrant for nonpayment of child support while she was incarcerated. Sounds like the left-hand doesn’t know what the right hand is doing!

Now back to Moss!

Peterson stated that Moss left it up to the children’s father whether she can visit with her children.

Peterson cleaned up her life and Moss insisted that Peterson goes to Recovery Therapy.

Moss insisted that Peterson uses one of three therapists that is on Moss’s list at $3,000 a pop. Sounds like a kickback!

Peterson stated that she had insurance that would cover a therapist but Moss refuses.

Peterson stated that Moss who is childless refuses to allow her to be a mother to her children.

Peterson stated that she was also denied supervised visits and would not allow her to even talk to her children who she hasn’t seen in almost six years.

Peterson’s rights were terminated without a hearing!

Peterson who cannot afford counsel stated that every attorney she had a consultation with stated that her children have to turn 18 before she can reunite with them.

The story gets worse!

Peterson stated that upon her release from the recovery home she found out that her children’s father’s brother who babysat her kids is incarcerated for Lewdness with a Minor under the age of 14.

Peterson said that the victim was her daughter who was 8 years old at the time and she was never contacted by anyone.

Peterson stated that she still has joint custody. This incident took place 4 years ago.

Peterson stated she found this information out by accident when she was served with a restraining order for no good reason.

These Judges have too much discretion, it’s used to violate litigant’s constitutional rights!

Judges take advantage of litigants that are uneducated about the law! 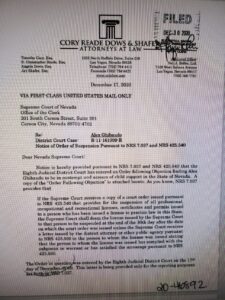 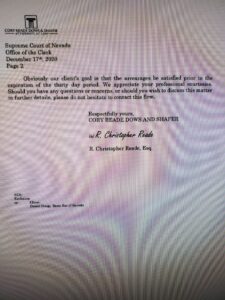 The face of the 215 Beltway; Marine Leatherneck club dealing with COVID-19!Army Veteran turned Mayor; Regent Elect wants to change the qualifications for Regent!