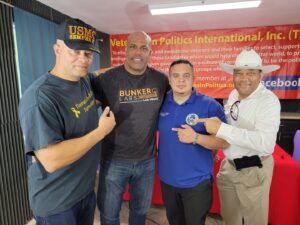 North Las Vegas is the 4th largest city in Nevada. According to the 2020 senses, North Las Vegas has a population of 265,224 people with only 8 percent of that population decides their city government leaders.

If elected Atkins would be the only military veteran on the North Las Vegas City Council.

We discussed the North Las Vegas Police Department (NLVPD) at great length. Atkins said that as Mayor he would volunteer to do a “Ride Along” program with NLVPD officers.

Atkins said, “Garbage doesn’t care what your political party is, it just needs to be picked up”.

Atkins answered all of our questions head-on with forethought and intelligence, we didn’t receive any political answer. We received honest and thoughtful answers with new ideas and visions.

Atkins said that North Las Vegas should be a city to “Live, Work, and Play” and be assessable to its constituency. 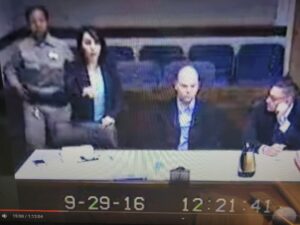 Click here to watch the video Jennifer Abrams don’t want you to see:

COMING TO A BILLBOARD MEAR YOU!!!