You are here: Home / Endorsement Interviews / One Marine to the other Burton Lafleur discussed veteran’s suicide prevention 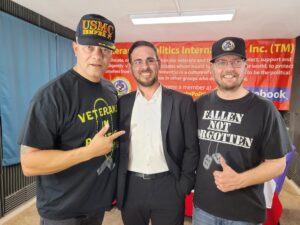 Burton gave us detail on his personal suicide attempt in Kandahar Afghanistan.

Burton said if you take away the purpose from a veteran they have nothing to live for because the military is all about purpose.

Burton said at 3 am he was going to take his life “full metal jacket” in Afghanistan. He had a 30 round magazine and inserted the muzzle of his M16 rifle into his mouth. He was saved by his Squad Leader Corporal Anthony Jones as he ripped the door off of the “porta-potty” and took his rifle from him.

Burton said he was without his weapon in Afghanistan on a suicide watch for 30 days. He now pleads with his Marines to listen to their Mentors.

Burton said five months after his unit return from Afghanistan in 2004 Lance Corporal Wagner committed suicide in his barracks in Cherry Point after he found out his wife was cheating on him plus financial issues.

Burton said in 2006 his Mentor and Marine Sergeant Gallagher hung himself in his garage.

Burton said after that he was the only Enlisted Marine Suicide Prevention Officer in the Marine Corps.

Enlisted Marines between the ages of 18 through 30 commits suicide.

The stigma of mental health prevents many Marines from seeking help.

The host describes how a law enforcement officer discharges their weapon and they are immediately on six months paid administrative leave and have to visit with a psychiatrist. But in the military, you are in combat for several months at a time with no downtime and no psychiatrist to speak to. Sometimes several tours of duty. Which is a major part of the problem.

Veterans are extremely different from the general population when we discuss mental health.

Burton said that veterans are not taught to turn on their conscience.

Please click on the link below to watch the interview: 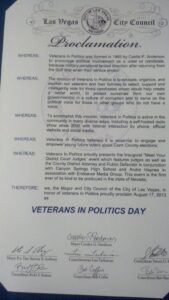