You are here: Home / Endorsement Interviews / A JUDGE said there are no Due Process Rights in my courtroom!

Veterans In Politics video internet talk show interviewed Roy Plamer as he discuss the corruption inside of the Family Court System. 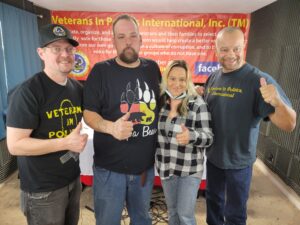 The host made a statement that many of his attorney friends wouldn’t practice in family court, because they don’t know what the rules are.

Meaning the law says to do this but the judge’s discretion tells them to do that.

Discretion is the power or right to decide or act according to one’s judgment; freedom of judgment or choice: It is entirely within my discretion whether I will go or stay (no laws needed to follow).

If judges on the family court bench are making their ruling at their discretion, maybe we should change the qualifications of judges in family court. We should remove the part that they need to be a licensed attorney. It looks like all we need is good old-fashioned common sense to be a family court judge.

Nevada has no legal education or licensing requirements for municipal court justices and only requires Justice Court justices to be licensed attorneys if they represent a county with a population above 100,000 people.

The host added that judges hide behind the term “The Best Interest of the Child”.

Palmer echoed that the best interest of the child should be two parents that love that child, not to be alienated by the family court system.

Palmer said the attorneys are the most corrupt they take your money but hardly put in the time required for your case. He explained getting an attorney will stop a litigant from doing any filing until they remove the attorney.

Palmer believes that the money from attorneys is being laundered back into the courtrooms.

Palmer said full transparency should be allowed and needed in family court.

Palmer spoke about how Child Protective Services (CPS) breaks the laws to enforce the laws as they steal your children and the system allows them to get away with it.

Palmer said that he express the fact in open court that Giuliani was violating his due process rights. He indicated that Judge Cynthia Giuliani responded by saying that; “there are no Due Process Rights in my courtroom”.

Due process rights are the guarantee that a person has the right to the fair application of the law before they can be imprisoned, executed, or have their property seized. This concept is responsible for all the procedures that guarantee a fair trial no matter who you are.

The Host indicated if a judge is going to make a statement like that from the bench it is a clear indicator that she has been on the bench far too long.

Palmer said that the judge wanted to shut him down by making him a vexatious litigant to cripple and stifle him from defending himself in a court of law. This measure is used to silence a litigant!

The host indicated that both the First and Fourteenth Amendments of our US Constitution were violated.

The Host advised Palmer to file a Nevada Judicial Discipline Commission Complaint and file a Federal Lawsuit against the Judge and the Family Court System.

Palmer said that if CPS is knocking on your door you don’t have to let them in until they have a warrant, because they will lie to steal your kids.

Family Court Judge awarded Estrange Sister to take custody of Able Mother’s son!Father said; “toss me in jail so I can save my daughter, 13 years in family court is enough”!