You are here: Home / News / A Veterans Nightmare: Incompetence or Negligence when professionals don’t care about you; But want your money!

Many of us who own homes get excited to do home repairs. 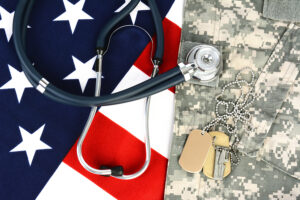 This is a case when a Marine Gulf War Veteran walks into a Lowe’s Home Improvement Store excited to finally get a new improvement on his home.

Like many Marines, it is all about planning, time management, and execution.

This Gulf War Veteran brought his wife to a Lowe’s Home Improvement Store and picked out tiles and vinyl for his new floors.

The Gulf War Veteran paid thousands of dollars to get this job done. The job included product and installation. The job was also broken up into three parts bathroom, mudroom, and kitchen. After many back and forths, the Veteran decided to do everything at one time.

The Veteran knew his family is going to be out of town and thought this would be an ideal time to get his floors done. Because he understood that demolition had to be done which would create a burden and hardship on his family.

The Veteran was told by Lowe’s flooring associates that his product was in stock.

Lowe’s contracted Eclipse flooring to get the job done. The Veteran was anxious and explained that his family was out of town and how he wanted to get this job done without inconveniencing them.

There was much communication between the Veteran, Lowes, and Eclipse flooring.

The Veteran was told to remove all his furniture from the area in which demolition and installation would take place. The Veteran had a moving party and placed his furniture in another room, leaving space for Eclipse to get the job done.

On the day of installation, the Veteran realized there was not a time listed. The Veteran contacted Eclipse flooring and was given a two-hour window from 12-2 pm.

The Veteran contacted Eclipse flooring and emphasized how important it is for people to communicate and let him know that they would be late.

After many apologies by Eclipse Floor for their tardiness and poor communication the Veteran was told that they would contact the Installer for the project.

Eclipse Flooring reached out to the Veteran and was told that Lowe’s did not have all the material. The Veteran thought that excuse was misleading because Lowe’s assured him that all products were in stock the day of purchase.

A ring at the garage, it was now 4 pm two hours passed the window that was given to the Veteran.

The Veteran was excited that finally there is movement on his project. The Installer was on site. The installer asked the Veteran where he wanted the materials and the Veteran inturned made room in his garage to stage the product.

The Veteran went back inside his house to finish a phone call and return outside to see what the installer has brought him.

But to his amazement, he saw three boxes of tile, a bag of mortar, and a bag of grout. The Veteran was wondering where is the vinyl flooring and most importantly where is the Installer.

Now, this just went into the World of Ridiculous:

The Veteran had to call Eclipse Flooring and wondered why the Installer left the property especially after he was two hours late.

Eclipse Flooring told the Veteran that Lowes will reach out to you. The Veteran was puzzled by this ordeal and thought this must be top secret. Why would Lowes call him when the Installer works for Eclipse Flooring?

Lowe’s customer service finally reached out to the Veteran and told him that the Installer left because his dogs were outside in a gated area.

Now, this is puzzling. The Dogs?

The Veteran had a few concerns first why did the installer leave without communicating with the Veteran? Is it normal practice?

The dogs are in a gated area away from the Installer, the work is for the inside of the house not on the outside, and access to the house is through the garage.

Most importantly why didn’t Eclipse make the initial phone call to the Veteran and where is the rest of the flooring?

On security cameras, you could see and hear the Installer playing with the dogs.

Now it gets good!

Tyrone Disciorio one of the principal owners of Eclipse Flooring came on the call. The Veteran asked him why his Installer left my house. Disciorio responded my Installer “thought” that you were upset with him, so he left.

The Veteran was puzzled by this entire conversation. So let me get this straight is this normal for your Installers to just leave without communicating with the customer? Your Installer left because he had a “thought” that the customer was upset without knowing for sure.

But Lowes was told a different story, that your Installer left because of the customers’ dogs, that are in a gated area away from the Installer. To add the Installer is working inside the house, not on the outside, and access to the house is through the garage.

The Veteran explained that his entire day was wasted waiting for an Installer that brought a product that could fit on the passenger seat of his vehicle and this would have taken 30min.

A day he could never get back.

It just seems like these corporations bill you for their time but place zero value on your time.

The Veteran explained that all of the product was not delivered. The Installer was 2 hours late and failed to communicate. Lowes and Eclipse told a very different misleading story. And most importantly the Veteran home is in disarray because he moved the furniture out of the area the demolition was to begin and the window to get the job done before his family returned would lapse putting his family in an avoidable situation.

The Veteran believes that Eclipse had a better offer for projects this weekend and was looking for a reason to reschedule.

To date, the Veteran has no demolition and installation date.

When is “Thank you for Your Service” meaningful?