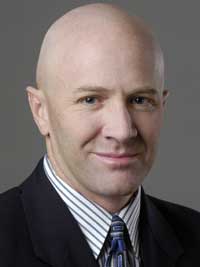 This five-and-a-half-year battle is the epitome of denial of civil rights and due process of two minor children, their mother and their father. This “court-facilitated kidnapping” (family court case D-12-469416-C) was initiated on September 19, 2012, by an individual with no legal “standing” who filed a complaint asking for custody of a child that was not hers.

The plaintiff, a woman who has been legally married for 30 years, commenced this fraudulent custody complaint under the dissolution of marriage statute, as “if” she had been married to the child’s mother. She asked the family court to establish her rights, alleging that she was the child’s “parent”, actually claiming to be the father. The mother and her daughter were living in a different state until just 3 weeks before the defective custody action commenced. The UCCJEA requires six months of residency before a custody action can commence. Therefore, Clark County Family Court had no personal or subject matter jurisdiction to hear the case, but ignored that fact, even though it was contested, and they proceeded anyway. At one point, the Family Court even recognized plaintiff’s “paternity” under NRS126.

The case was so defective that the Nevada Supreme Court overturned nearly 5 years of proceedings, giving the Family Court specific instructions how to proceed. But the Family Court judges refuse to follow the Supreme Court directives. Plaintiff has been able to protract this litigation for over 5 years using the wealth of two different law firms representing her pro bono and gaining the Court’s sympathy by claiming that her “alleged” same-sex partner denies her parental rights.

In Nevada, the judges have no authority to grant custody to any non-parent without first establishing paternity in a valid evidentiary hearing. Such a hearing has never occurred.

What is truly offensive is that the Family Court allows plaintiff to continue this “custody” a.k.a. “third-party female-paternity” action based on blatant misrepresentation and continues to entertain it, even when the child’s father willing acknowledged that he is the father, took a court-ordered DNA test, and voluntarily executed a Declaration of Paternity pursuant to NRS 126.053. Even after the Nevada Supreme Court specifically directed Family Court what to do in the case, it has refused to comply.

The first judge on the case, Gayle Nathan, knew that plaintiff was a female and could NOT possibly be the child’s father. Also, she knew that the child’s birth certificate listed a father’s name; one that is not the plaintiff’s. In addition, the Court ignored the child’s mother’s pleadings that plaintiff is not a parent. Judge Nathan, without holding the legally-required evidentiary hearing, entered orders sua sponte that plaintiff is presumed parent of the child and awarded her “shared legal and physical custody”. The Family Court diminished the mother’s parental rights by 50% and denied the paternal rights of the child’s biological father by 100%. The Judge did not bother asking where the child’s father was, even though she is required to do so. Thus, she literally stole mom and dad’s rights and gave them to the plaintiff, over their objections. And overnight, their child was forced to live with plaintiff which caused an enormous amount of mental and emotional stress affecting every aspect of their lives.

Plaintiff is now alleging that the child’s biological parents are trying to defraud the court and to take the child away from the “wannabe-parent” because she believes that the father should not have his parental rights to the child, even though the child’s mother and father are married and have a second child. After the plaintiff was awarded her presumed parent status she was required to pay child support. Just two weeks later she rescinded her “presumed parent” status to avoid “paying” the day before it was due. And now, she wants to get sole legal rights to the child and requested child support from both mom and dad.

Judge Harter is now assigned to this case and also refuses to comply with the instructions of the Nevada Supreme Court. He even filed a special petition asking the Supreme Court to take him off the case and put Judge Lisa Brown (who recused herself) back on the case. Also, Judge Harter sua sponte dismissed the 2017 paternity action that was properly commenced to resolve paternity for both children, 11 and 3, which would have corrected this injustice. However, Judge Harter refuses to acknowledge dad’s Declaration of Paternity signed before he married mom, because it would force him to hear the cases.

This case should have been dismissed years ago. Instead, the following egregious actions are unfolding…..in a case that has been recently captioned as “closed” on the Family Court website. The court continues to trample on an entire family’s rights by entering “void custody” orders, ignoring the orders of Supreme Court to hold a hearing and find out if a child can have 3 parents in Nevada, and if not, then who are the parents. Recently, Judge Harter has signed plaintiff’s orders with no hearings and entered more “void” orders that further deny mom and dad their fundamental rights and deny the minor child’s substantial rights as well. Based on Harter’s recent order to further “kidnap” the child and rip this family apart, Mom and Dad only see their daughter 2 days a week. Worse yet, the siblings are being deprived of precious time together and both experience repeated emotional trauma from being separated 5 days a week! The 3 year old hugs a picture of his “sissy love” each night before he goes to bed.

It is not clear why the Court is trampling on an entire family’s rights. However, if the Court is allowed to continue, any random person could obtain custody of a child and essentially terminate the statutory and constitutional parental rights of fit biological parents.