You are here: Home / Home - Featured / Ultimate Fighting Champion and Jiu-Jitsu Master on the Veterans In Politics Video Internet Talk-show

Tell the Truth or the Viewers will expose you!

Veterans In Politics video internet talk show interviewed Stephan Bonnar Ultimate Fighting Champion (UFC) and Steve Ficca Jiu-Jitsu Master to find out why these individuals made fighting a profession. Most people become fighters because they were bullied or faced a traumatic situation and want to be prepared in an effort for history not to repeat itself. We also discussed the choking death of the controversial police killing of George Floyd and asked what would be a normal chokehold that would able a person to subdue an individual instead of killing them. 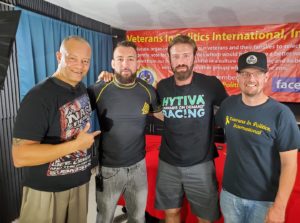 Click here to view the video: Lindsey Licari discussed how she was wronged but viewers say different! 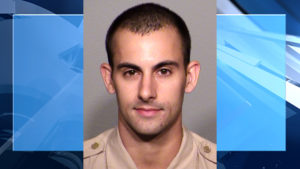 Shay Mikalonis, the officer shot at a protest, paralyzed from neck down

Chris Edwards has always been a piece of shit. I caught onto this carbón years ago. 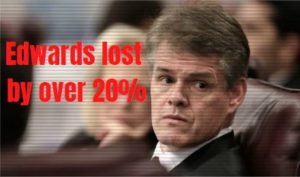 What took me minutes to figure out took most of you, years. This asshole had to drum up a Veterans Political Action Committee entitled Nevada Veterans Council, just to endorse his sorry ass, because the Veterans In Politics International wouldn’t do it.

Edwards doesn’t know how to keep his sorry ass to himself. Instead, he inserted himself into criticizing me and my organization on a public forum.

A person that is running for an elected position should be more careful what hornet’s nest he wanted to dig up. Not that he already is in the sights of others, by wearing a wire in an attempt to entrapped good Republicans and having several outstanding Republicans get their house raided by law enforcement because of his untruthfulness.

In addition by becoming one of the biggest RINO, by voting for the largest tax increase in Nevada’s history.

Edwards, ego has blinded him for years.

Edwards a self-serving politician placed his own personal interest ahead of the great citizens of this state.

In all my years of politics, I have never had an editor help me formulate a robocall message, purchase the robocall out of my own pocket, obtained the Republican list for AD19, and use my own voice to illustrate the message. Just to hit a politician with a negative advertisement.

Payback has always been a weapon used to weed out the undesirables that have plagued our trusted electoral process.

Citizens of this great state the Veterans In Politics International only friends are the many that stand on the side of righteousness.

May God Bless the Republican Assembly District 19 voters that saw passed this wolf in sheep’s clothing.

May he never again step foot in Nevada’s political arena.

Congratulations to Annie Black she will be the new Assemblywoman for District 19 and she will serve us with distinction.

President of Veterans In Politics International and Nevada Veterans Association

Hypocrisy within our Judicial SystemVideo of LVMPD Search of CCW Holder Sparks Demands for Reforms of the Citizen Review Board!