You are here: Home / Endorsement Interviews / One on One with Mack Miller for Nevada’s Assembly!

Veterans In Politics Video Internet Talk-show conducted a LIVE stream interview with Mack Miller for Nevada Assembly last week. Mr. Miller was extremely energetic and positive he emphasizes the need for the 7th Amendment to be implemented into the Family Court when it comes to “relocation of children” and “termination of parental rights”.  To protect the citizen’s constitutional rights to parent their child. 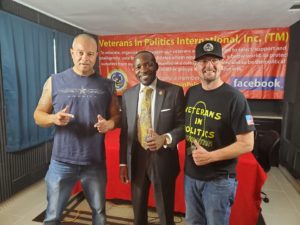 Family Court Attorney works for FREE because he doesn’t like Sanson! 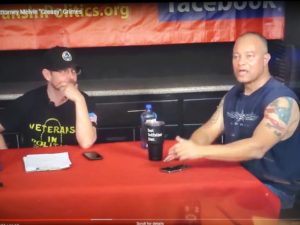 Attorney Melvin Grimes contacted the Veterans In Politics Video Internet Talk-show in an attempt to set the record straight. Our organization didn’t want anything to do with Mr. Grimes, but because we believe in transparency we decide to give him an opportunity to be on our program. After we called his “bluff” Mr. Grimes decided against coming onto the program, we couldn’t let this sit dormant. Why? Because Melvin Grimes has trouble communicating the truth, so we wanted to set the record straight. Melvin Grimes became in the middle of a family court dispute because he doesn’t like the President of Veterans In Politics who sided with the defendant in this case. Please see the article and video that caused this current action Racial Divide exists within the Clark County Judicial System! https://veteransinpolitics.org/2020/06/racial-divide-exists-within-the-clark-county-judicial-system/.  This proves the corruption that continues to plague the Family Court system in this state.

Please see the powerful video below:

See response from the candidate in its original form: 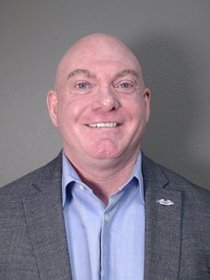 I’m surprised by this story for several reasons; The first is that I ran into Sanson at an event on Saturday and he didn’t mention anything to me about this. The second is that this story is filed with inaccuracy and False information. I resigned my position as the Councilwoman’s outreach coordinator officially on May 28th via email because I felt that we were not aligned regarding the best practice and implementation of Veteran Advocacy. The third is that No One from any organization reached out to me for comment prior to this story, and I’m an easy guy to get a hold of. I really don’t know why Sanson would lie about me, or attack my record in the community for long standing Veteran advocacy. I’m also a little disappointed that he couldn’t find a better picture of me.🙄

The President of Veterans In Politics response!! 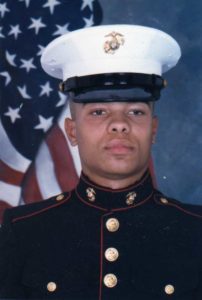 Byron Brooks, I don’t know where to start with this, but let’s start with the obvious Veterans In Politics stands by its articles. On Saturday when I unexpectedly ran into Mr. Brooks I was in the middle of a very important conversation with a young lady from Pakistan that holds a Ph.D. In Engineering. It would have been rude of me to interrupt my conversation to talk to you about your misdeeds at an event that has absolutely nothing to do with you!

Let’s take a look at you and your opponent Mr. Swadeep Nigman (see website: https://www.nigamforregent.com/meet-swadeep/).  Who has advanced degrees, including a Master in Applied Economics, an MBA in Finance, and a Bachelor in Accounting with Honors… Compared to your educational level, that doesn’t hold a candle to your opponent’s academic achievements. You are in a race for Nevada Regent which is HIGHER EDUCATION, you should be a role model for students that are in college. You are NOT a role model for HIGHER EDUCATION! Being a Regent is not a popularity contest. The Veterans In Politics mission is to educate the public on people running for elected office and support the “best person” for the job.

You just ran a Senate race against Keith Pickard for the Republican primary, and loss in the last election. So now you want to be a University Regent? Do you know what you want to do when you grow up? Or is this a stepping stone to something else, maybe an ego booster. Stop being self-serving and self-righteous and step aside for the person that truly wants to make a difference in the Higher Educational arena.

In Closing, on June 11th the Veterans In Politics published “A PUBLIC NOTICE TO CEASE AND DESIST” (see article https://veteransinpolitics.org/2020/06/a-public-notice-to-cease-and-desist/) you have a logo on your website claiming an endorsement. Again we own the name and logo, it’s easy to figure out by doing your due diligence go to the Nevada Secretary of State website. So please remove the logo from your site immediately, it is TRADEMARKED.

An elected official is a Public Servant and should be humbled not an Egotistical Maniac that refuses to listen to voters. Get off the veteran’s coattail, unless that’s all you have going for you! Thank you