You are here: Home / Home - Featured / Afghanistan we need accountability!

When I joined the Marine Corps in 1985, Ronald Reagan was President of the United States. President Reagan became President because President Jimmy Carter made this country look weak. In my opinion, Carter should have declared war on Iran for taking over our American Embassy and taking American Hostages.

While I was in the military I never publicly spoken negatively about our President. Why because he is our President and the world needs to know that “we the people” are behind our President no matter what.

My political party was independent throughout my military experience, refusing to take one party over the other. The reason for this is that the president’s political background changes all the time and he is the Commander and Chief of the Armed Forces.

Fast forward my contract with the military ended in 1998. It was that year I joined a political party, but that never changed my stand that I would never speak negatively in public about our country’s president.

Push ahead here we are in 2021 and still, I kept that same stand. Until September of this year, I can no longer remain silent. When I found out specific details from “boots on the ground”. I have to honestly take a stand against this President’s handling of Afghanistan’s military departure.

I first would like to criticize the media for not reporting much of this vital information on the disaster that this president has left in Afghanistan.

I am no military General but I was in charge of my unit’s logistical Operations during Desert Shield and Storm in the Kingdom of Saudi Arabia. I also received a Marine Corps Commendation for my efforts during our country’s call for duty.

Many of you might disagree and that’s fine you do have a right to exercise your freedom of expression. Please allow me to exercise mine. But before you respond let’s provide facts, not fiction, and not third-party hearsay. 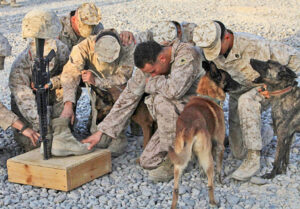 Then why did the Biden Administration pulled the military out first and left hundreds of Americans and people of interest behind?

Then why did the Biden Administration give the Taliban whom we have been fighting for over 20 years a list of Americans and people of interest that our government wants out of the country of Afghanistan? What do you believe a terrorist organization would do to their enemy once their identity is revealed?

Why did the Biden Administration allow the Taliban to provide security to Americans and People of Interest? Maybe Biden sent too many military service members home before the evacuation of its Citizens? If you have forgotten the Taliban is on this country’s terrorist list.

Why did the Biden Administration leave billions of tax dollars in weaponry and transportation in this hostile country? The Administration claimed they demilitarized it. I still don’t know what that means, because any scientist or engineer can reprogram equipment.

Why did the Biden Administration abandon so many of our K-9 military families leaving them behind without food and water in cages? There are reports that the Taliban used them as moving targets. Where are the Animal Rights Activists? Why isn’t this all over the news?

How can we expect anything different from President Biden he was the Vice President during the Benghazi catastrophe!?

President of Veterans In Politics International ®

President of Veterans In Politics Foundation

Clark Bossert runs for Congress for the “sake-of-freedom”!Vietnam 5 tour combat veteran gets screwed-over by a Family Court Judge tells his story