You are here: Home / Home - Featured / Family Court Judge orders children to be locked up; is this the best interest of the child?

The United States legal system is based upon the principle that an independent, impartial, and competent judiciary, composed of men and women of integrity, will interpret and apply the law that governs society. However, in the county of Clark, the legal system in the family court appears to be based on an authoritarian regime that preserves a corrupt symbiotic relationship between certain judges, attorneys and so-called experts.  In other words, to say that family court judges are competent and can interpret and apply the law, or that the judges in the family court are people of integrity, is a large cognitive leap.

It is useless to try to figure out whether a certain individual judge lacks competence, integrity, or both.  The problem is lies within the system itself rather than any individual judge. Throwing a robe off the bench every now and then, only creates the appearance of justice. It is the same as giving a dewormer to a parasite-infested organism without eliminating the source of the problem. Benjamin Franklin said that justice will not be served until those who are unaffected are as outraged as those who are.  Sadly, Justice in family court is long overdue.  This is exactly why we declared war on family court.  If you are one of the skeptical, remarkably stupid, thick-skulled people, read no further.  Otherwise, keep reading, consider the facts, and make your own conclusion. 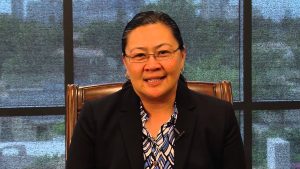 Recently, we came across a case of the family Court judge, Cheryl Moss. In this case, the parents were awarded joint custody of their now 10 and 14-year-old kids, when they divorced.  Several years later, the children are terrified of their father, and they are not the only ones. One of the father’s post-divorce girlfriends moved out of state after he attacked her, and the father was charged with battery domestic violence.  The following year, the father got wasted at the neighborhood party and abused his kids and a new girlfriend. When the girlfriend was trying to hide and call for help.  The father then barricaded the house, broke her phone, and tried preventing her from calling the police.  The children witnessed the entire catastrophe.

The father continued alleging alienation by the mother, yet neither of the children’s counselors believed this was occurring.  The therapists indicated that the children were suffering from post-traumatic stress disorder.  Furthermore, the judge appointed new experts.  At the subsequent hearing, the mother’s lawyer insisted that forcing reunification therapy could be a potential disaster, and presented evidence of father’s reckless behavior. For example, he was arrested for DUI.  Also, the father’s girlfriend, the same one from the neighborhood party incident, testified that she did not notice any positive changes. In fact, the girlfriend was forced to obtain Temporary Protective Orders against him because she was fearful for her own safety and the safety of her son from another relationship.  Apparently, unlike the first girlfriend, she did not get the hint the first time and went back with the father for a while.  The girlfriend confirmed that that the father was a violent, raging alcoholic, and a certified stalker. The father claimed that he did not remember committing any acts of violence against his children or girlfriends and that he had no recollection of his girlfriend getting protective orders against him.  He insisted that the mother alienated the children.

The [plan] ended up being a scheme to bypass the mother’s due process rights.  Judge Moss executed the scheme and made it appeal-proof, since it was temporary.

First, judge Moss delegated her job to a squadron of pricey shrinks and the father’s lawyer.

Second, the judge further changed custody of the children from mother to abusive father de facto, “for reunification purposes” without “technically” changing it. Since the judge adopted the reunification plan, the mother was essentially diagnosed with “pathogenic parenting” without any legitimate basis. Since the judge adopted the plan as an order, also eliminated judicial review process and precluded the mother from examining a “witness against her”.

Third, not only had judge delegated her judicial authority to the therapist and granted the therapist the right to grant unsupervised visitations to the father, but the therapist in turn delegated this authority to the father: “[Dad] will rate the children’s behavior each day using the behavior rating scale provided by [therapist]…If symptoms are still present [,] supervised visits will not begin [with the mother.]” Therefore, it would be to father could simply say that the children are not responding well, and they would never, by the therapist’s recommendation, be returned to their mother, and custody would be changed forever without any right of the mother to have access to the children or even “confront the witness against her.”

Forth, Judge Moss allowed ex parte communication from the therapist, and condoned exclusion of mother’s counsel from all communications. In fact, Moss even made orders not to require review of the orders by mother’s lawyer.  When the children refused to go to fathers, the therapist wrote an e-mail to court giving directions to the judge. The therapist requested emergency pick up order, and explained that compliance with the court orders is not the child’s choice. The therapist also wrote that if a parent is unable to ensure that their child is compliant with court orders “th[e]n this parent is considered unfit.” The e-mail was sent to everyone except mother’s lawyer.

Fifth, Judge Moss summarily found mother in criminal contempt of an order that did not exist, and levied sanctions without a hearing.

Finally, Moss made the proceedings inexpensive for the father.  She gave a signed order to the father’s attorney with a blank space for him to fill out, essentially giving him carte blanche freedom to fill in empty space in and get attorney’s fees that he wanted “ordered”.

Unfortunately, the pattern of “maybe accidental” mistakes that judge Moss made did not stop here. The judge also signed orders directing multiple third parties, including law enforcement, to remove the children from mother’s house. Apparently, her orders did not work since the judge does not have personal jurisdiction over certain third parties. Thus, a contempt hearing was scheduled. Obviously, the judge could not proceed, because there were no legitimate orders or orders to show cause issued. However, after the hearing was over, the judge ordered the mother to stay in the court room, and told court Marshall to make sure that the mother doesn’t leave. Thus, the mother was falsely imprisoned for hours. During this time, the father attempted to pick up the children from school. The children did not want to go with the father, so judge Moss initiated an order placing the children in Child Haven. Judge Moss did not have jurisdiction to issue such orders, but she easily overcame the hurdle and obtained the order from Judge Frank Sullivan, who had jurisdiction over juvenile cases.  Fortunately, the Chief Deputy District Attorney found out what happened and scheduled a hearing. Judge Sullivan finally conceded that he had no jurisdiction over these children, and they were finally ordered to be releases.

Without a question, Moss administered efficient, speedy, and inexpensive (for one of the parties) determination in child custody case, just as described by the standard phrase that the family court judges use in their journal of entries.  (Shown) Apparently, the original authors of the phrase failed to foresee possible decline in judicial acumen, and omitted certain words from the references to the rules, such as “just” and “administration of justice”.  They must’ve been thinking: “it is written to be used in court, DUH.”

We could follow the established trend in the country of Clark County, and blame anyone and anything except the person responsible for the problem. In this case, we could simply say that the original author of the “journal entry” phrase should be held accountable for their negligence and the unfortunate outcome of this case, since certain judges take that phrase at face value and conduct their proceedings accordingly. We could have said that the authors should have known better, and included the words “just” and “administration of justice” to refresh judicial recollection.  However, we are outraged, and refuse to ignore the obvious. Reprimanding a “Judge Wanker” while allowing other wanker judges to go on with their usual business and give out orders as a “courtesy” to certain people at the expense of the innocent families is unacceptable, and it must stop. Everyone who refuses to speak up against corruption is just as guilty as the corrupt.