A judge should never be Judge, Jury and Executioner! 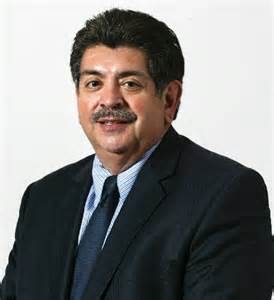 Just when you thought you hear it all in family Court, A family court judge changes role from civil to criminal in the blink of an eye.

This is the same judge that “LIKED” a minor child’s and the mother’s photo on Facebook, while they were currently before his court.

This is the same judge that hired an attorney for a personal matter while that attorney appeared before him on other matters without recusing himself or placing it on the record.

What you are about to read may shock you!  It may even offend you!  But, it will not leave you in doubt any further!

Read all about it, the infamous Judge Vincent Ochoa of Department S, just allowed an attorney, who is actively representing the client mom, the untethered power of criminal contempt to throw his own client mom in Jail on a NO bail OR own recognizance Bench Warrant!

Yup that’s right folks, this sexy little carte blanch Bench Warrant was signed and entered on September 3, 2019, all because this single mom refused to succumb to this lawyers demands to pay his excessive unearned retaining lien on the file – oh yes he did!! This lawyer slept on his rights, missed the cut off for a charging lien, and now has been terrorizing this mom ever since – despite the real fact he was already paid above and beyond what opposing counsel received!

Think we are kidding?

Come and get it, “HOT” off the judge’s press, Department S – Judge Vincent Ochoa’s abhorrent NO BAIL BENCH WARRANT entered against this single mom for her immediate arrest.  Now, don’t you dare drop it like it’s hot… no pun intended.

One might ask themselves, “hasn’t this judge learned from his mistakes before?”  YOU WOULD THINK!!  Especially, considering he just returned from an assignment at guardianship court, which will now make anyone wonder, what do they learn over there?

This mom’s only remedy, at this point, is to file an EMERGENCY Petition for Issuance of a Writ of Mandamus and/or Prohibition before the Nevada Supreme Court.

What a shame, she can’t even file in district court since this lawyer is listed as her “retained” attorney of record.

That explains why she didn’t object, or even file an opposition, let alone the fact she purportedly failed to even appear at a hearing!!!

What Mom wouldn’t appear at an Order to Show Cause hearing?  Of course, there is a plausible explanation, as her retained lawyer, this schmuck self-served himself right up with her papers, so she would not have any idea to his methodical plan!

Tisk Tisk, Vincent Ochoa!  You know better, or at least you should!

How much longer are we going to continue to allow these corrupt judges to continue breaking the law? 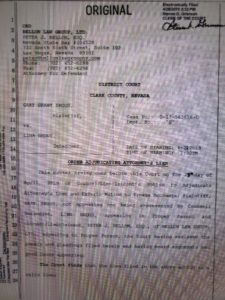 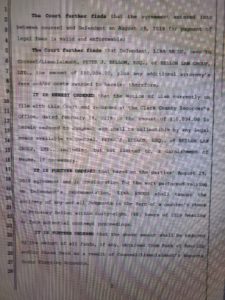 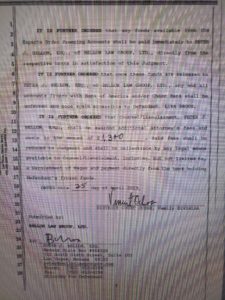 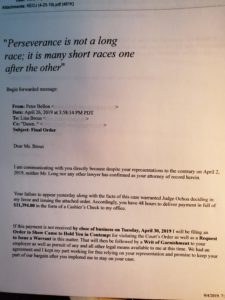 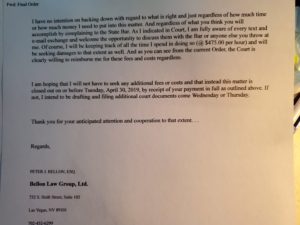