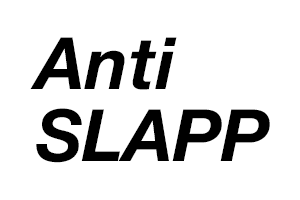 Clark County District Court Judge Michelle Leavitt was prepared and did an Outstanding job on this case.

A judge on Thursday threw out a lawsuit against Las Vegas attorney Louis Schneider and veterans group leader Steve Sanson.

The lawsuit had accused Schneider and Sanson, who runs Veterans in Politics International, of colluding to influence court cases and making “false and defamatory” statements about Jennifer Abrams, another attorney.

In a companion case filed shortly after this lawsuit was filed, a judge denied Sanson’s motion to dismiss.

In her order, District Judge Michelle Leavitt allowed the defendants of the defamation lawsuit to file any additional motions regarding attorney fees and damages.

“The defendants met their burden of showing that the instant matter arises from defendants’ good faith communications in furtherance of the right to free speech in direct connection with an issue of public concern,” Leavitt’s order said. “The majority of the communication took place on the public forum of the internet, and the communications were made without knowledge of falsehood, or were opinions incapable of being true or false.”

“(Veterans in Politics International) and Steve Sanson have every right to monitor court proceedings and criticize both judges and lawyers,” McLetchie said in a texted response to a request for comment.

Schneider said he plans to ask the judge for attorney fees, which are mandatory in Nevada under what are known as Anti-Slapp statutes. They allow defendants to file motions to dismiss that show “good faith communication in furtherance of the right to petition or the right to free speech in direct connection with an issue of public concern.”

McLetchie noted that by granting the anti-SLAPP motion, the court protected free speech rights. “Lawyers are not above criticism and should not be able to file vexatious and abusive lawsuits to silence people who criticize them,” she said.

Schneider said he is weighing his options regarding future litigation against Abrams.

“I’m very pleased I was able to clear my name from these groundless and baseless accusations,” Schneider said. “I’ll be petitioning the court for sanctions against Jennifer Abrams personally and her law firm.”

Abrams alleged that Schneider provided at least one video of a closed Family Court hearing to Sanson, who posted it online late last year under the headline “Nevada Attorney attacks a Clark County Family Court Judge in Open Court,” with an article that included statements about Abrams that were “highly offensive and inflammatory.”

Abrams called Sanson and Schneider a “criminal syndicate” and said they conspired in “smear campaigns” to influence the outcome of court cases.

Schneider said he has no affiliation with Sanson’s organization. He also said he was “not pleased” with the video being publicized and suggested that the case be sealed through the court.