You are here: Home / Home - Featured / Nothing will change if all we do is talk about it! 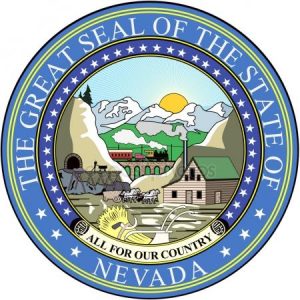 Legislators and candidates for the Nevada State Assembly and State Senate, as well as law enforcement need to take immediate action to investigate and address the fact that the Family Court System is enmeshed in a culture of corruption and “good ol’ boy” collusion.

Judges and attorneys often do not respect or enforce the existing laws in Family Court.  Legal professionals that practice in Nevada’s other courts know that Family Court is a Kangaroo Court, characterized as the “red-headed step-child” of judicial forums.

I’ve been told that most Judges are only in Family Court because they cannot make it in the Civil/Criminal Division. These Judges are destroying lives with their payback of political favors from the bench, judicial overreach, violation of due process, and in the worst cases, the “God Complex” mentality.

We need the help of the public to effectuate a change and force accountability.  Your help is desperately needed in this regard.  There is a survey that states 65% of Americans end up in Family Court.

We have questions that demand answers!

Family Court is the only court that feels they can lock their doors at any time, denying Public Access. An attorney could seal every single case so the public are blinded to their violations and in some case this same attorney is a candidate for Judge or a Hearing Master. Family Court like any other court is paid by tax dollars. The Judges, the JEA (Judicial Executive Assistance), the Marshal, the case worker, the building, the utilities, the janitor; you get the point.  The entire System is paid with County and State tax dollars in some cases Federal Grants.  Why do Judges and Attorneys feel they can deny public access on a whim?  They have an escape goat, they call it the best interest of the children!  But in reality, it is for the best interest of themselves!

This is a very corrupt system.  Due to this, even your own attorney won’t help you – especially if they are friends of the judge or you are not current on your bill.  Keep in mind that an attorneys’ “Bread and Butter” is winning cases before Judges. They do not want to “rock the boat!”  Some attorneys in the Clark County Family Court System will sell you out to the highest bidder.  An attorney will rarely turn in a judge that has violated a procedure or law, although they have an obligation to do so and the same is true for the judges reporting attorneys. These parties are all members of the Nevada State Bar.  Some Judges are looking to retire at a law firm or move into a law firm if they lose their re-election.  Don’t be fooled, most of them are in sync with each other.  If an attorney turns in another attorney they are most likely to be blackballed amongst their peers.

We need to act now, before more Nevadans become victims!