Initiated September 19, 2012 by an individual with no legal “standing”, in a court with no legal jurisdiction, and perpetuated by a wealthy law firm (Black and Lobello AND Dickerson Karaysconi) operating “pro bono”, family court case D-12-469416-C seeks to take one of two siblings away from her family (mom, dad, baby brother, and extended family)

This five and a half (now 6 year) year battle is the epitome of denial of due process against the minor child, her mother and father and her little brother.

The plaintiff, who has been married for 30 years, commenced her illegal custody complaint under the dissolution of marriage statute as “if” she had been married to the child’s mother. The female plaintiff asked the lower court to establish her rights alleging that she was the child’s “parent”, actually claiming to be the father. The mother and her daughter were living in a different state until just 3 weeks before the illegal custody action commenced. The UCCJEA requires six months of residency before a custody action can commence therefore Clark County Family Courts had no legal jurisdiction but ignored that fact and proceeded anyway.  At one point the Court even recognized plaintiff’s “Paternity” under NRS126.

In Nevada it is illegal to grant custody without first establishing paternity in a valid evidentiary hearing.  Such a hearing has never occurred. Plaintiff’s law firm took advantage of defendant’s lack of funds and lack of legal knowledge to obtain a spurious series of “temporary” court orders to establish their client’s “faux” claim of paternity.  What is truly offensive is that the lower Court allowed plaintiff to commence this “custody” a.k.a. “paternity” action based on misrepresentation.

Former Family Court Judge Gayle Nathan knew plaintiff was female and could NOT possibly be the child’s father. The lower Court, without following procedure as to NRCP 19 and without holding the legally required evidentiary hearing entered orders on December 20, 2012 that diminished Julie’s maternal rights by 50% and denied the paternal rights of the child’s father by 100%; literally stealing mom and dad’s rights and giving them to the plaintiff. Had the District Court complied with the fundamental requirements of jurisdiction, standing, and due process the Plaintiff’s case would have been dismissed and it would not have violated mom and dad’s rights under the 14th Amendment and deprived the minor child of her substantial rights. [NOTE: One year ago, dad properly commenced a paternity action for both children in District Court as a means to correct this massive injustice. On December 21, 2017, District Court Judge Mathew Harter sua sponte dismissed the paternity action on the same day the paternity action was to be consolidated with the purported “custody” action and resolve paternity].

Plaintiff is a woman married to Anthony James Carollo for 30 years. Plaintiff has been able to protract this litigation for over 5 years using the wealth of two different law firms representing her pro bono and gaining the Court’s cooperation to repeatedly enter orders that defy law and logic. These orders are deemed “void” as they are NOT collateral to paternity.  On June 27, 2017 the Nevada Supreme Court Vacated the January 20, 2015 Judgement and Remanded the matter back to the District Court with clear and unambiguous instructions, specifically noting the multiplicity of procedural irregularities and non-conformance to the Nevada Statutory law. Two of the Eighth Judicial District Court Judges (Brown and Harter) have flat-out refused to follow the instructions of the Supreme Court.   After refusing to follow the remand instructions of the Supreme Court, Judge Brown ultimately recused herself on July 11, 2017.

Judge Harter is now assigned to this case and also refuses to comply with the instructions of the Nevada Supreme Court. He has signed plaintiff’s orders with no hearings and entered more “void” orders that further deny mom and dad their fundamental rights and deny the minor child’s substantial rights as well. Mom and dad are now married and have a second child together who is 3 years old. The lower Court refuses to hold an evidentiary hearing for paternity, and refuses to acknowledge the Declaration of Paternity under NRS 126 that establishes and confirms that Mom and Dad are the natural and legal parents. At present, Mom and Dad only see their daughter 2 days a week based on Harter’s recent October 16, 2017 Order.  Worse yet, the siblings are being deprived of precious time together and both experience repeated emotional trauma from being separated. The lower court continues to trample on an entire family’s rights by entering void “custody” orders without first resolving paternity as the Supreme Court has directed them to do.

As an example, in one “ambush” hearing that was to be a “status check” with no notice as to any other matters Judge Harter entered a series of orders and on video record turns to plaintiff’s attorney and asks for directions.  As a matter of law, this case should have been dismissed years ago. Instead, the following egregious actions are unfolding…..in a case that has been recently captioned as “closed” on the Family Court website. 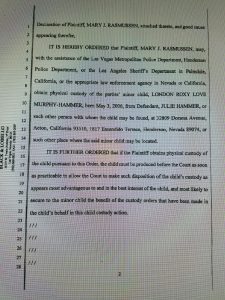 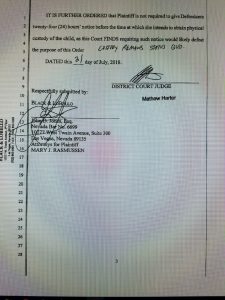 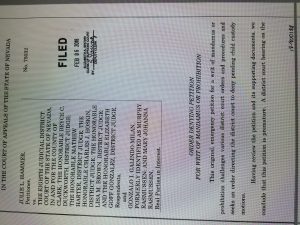 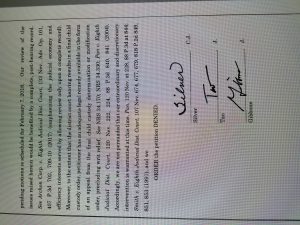 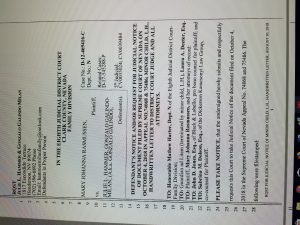 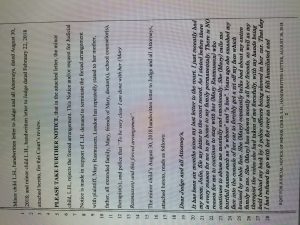 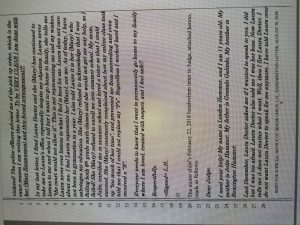 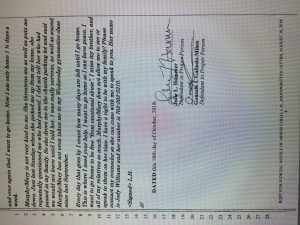 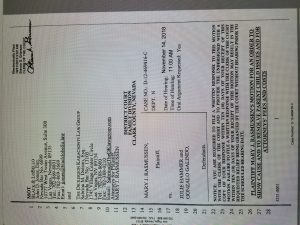 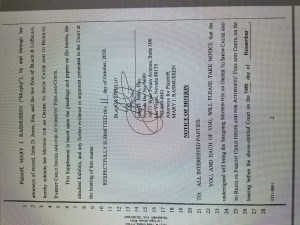 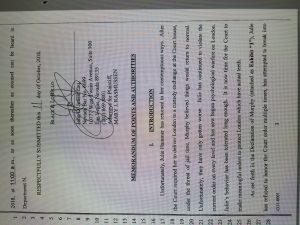 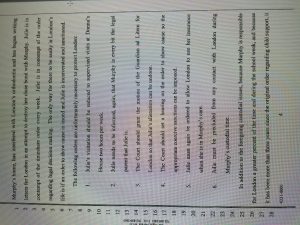 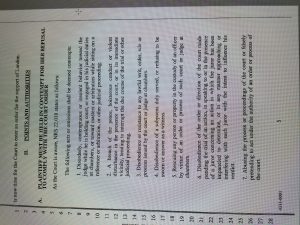 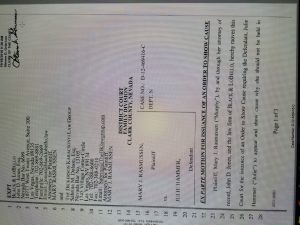 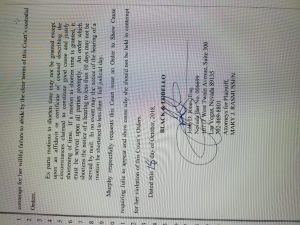 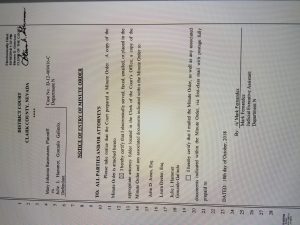 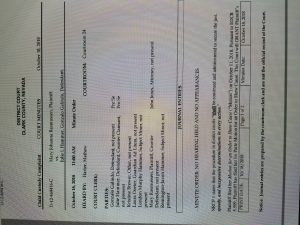