You are here: Home / Endorsement Interviews / Former Judge has no love for our Veterans! 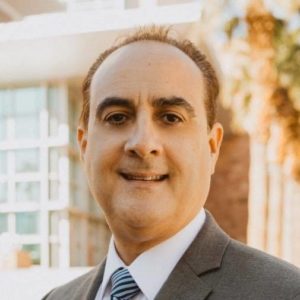 This Memorial Day we celebrate the lives of many of our military veterans that have given the ultimate sacrifice in defense of our great nation.  Many of our veterans continue to serve their community and many civilian loving veterans are right by their side to continue the tradition of service to country.  Many join different veterans groups for very different reasons, some would like to put care packages together and others would like to rid the community of corruption in our judicial system to better serve liberty-loving people.

Many of these great Americans have joined forces with Veterans In Politics International, we understand that our judicial bench affects Americans from many walks of life.  Many groups have formed to undermine our democracy, to keep the corruption in power in order to maintain their financial wealth. These groups will attempt to undermine the very organization that is standing up for our community by isolation and discrediting the forces that are exposing corruption.

We owe it to these groups that have asked for nothing but get every negative exposure. We need to ask ourselves why are these PACs and individuals so adamant to see the corruption continue.  The Veterans In Politics International have been on the front lines in an effort to publically scrutinized and expose the widespread corruption for decades.

This Memorial Day we humbly request that each and every voter participates in our primary election and vote for our Endorsed and Recommendations by clicking onto this link https://veteransinpolitics.org/endorsements/.

In an effort of exposing corruption we would like to feature a candidate that would like you to continue to plaque our judicial family court bench with your vote:

In 2014 Veterans In Politics International campaigned against William Gonzalez for the following reasons:

Judge Gonzalez ruled that a 100% Service Connected Disabled Veteran is willfully unemployed, despite being deemed unemployable and housebound by the Department of Veterans Affairs after years of medical exams, therapy, and evaluations by doctors and specialists.

While the evidence submitted during the trial had nothing to do with the employment status of the Veteran, Gonzalez took it upon himself during the ruling to go beyond the scope of the evidence and rule that the disabilities were for “carrying guns and military equipment in the Army,” and had no relevance to civilian life or the ability to work, therefore the Veteran was willfully unemployed and the basis for his decision to deny modification of financial obligations that put the Veteran at risk for homelessness.

Judge Bill Gonzalez caused a Veteran to commit suicide. He presided over a case of a divorce and custody battle between a Veteran and his wife of 18 years with two children. The Veteran had limited income, yet did his best to fight for fair custody of the children and to compel Judge Gonzalez to enforce the custody and visitation orders that were in place. The mother kept denying the Veteran his fair time with the children, costing the Veteran thousands in legal fees to appear before Gonzalez to ask him to enforce the orders and to hold mom in contempt.

Judge Gonzalez refused to hold the mother in contempt and the mother continued to refuse contact between the Veteran and the children, causing severe depression and financial problems for the Veteran. Orders of the Court must have bark and bite and not be a “toothless tiger.” In a case like this, when a litigant knows that they will not be held accountable for their actions, it is no wonder that people enjoy the “Kangaroo Court” put in place by Judge Gonzalez.

After countless motions that were never enforced by Gonzalez, thousands of dollars in legal fees, and depression from not seeing his own children, the veteran committed suicide. RIP brother. Case D-11-450187-D.

Judge Bill Gonzalez has violated the Service member’s Civil Relief Act and A.B. 313 in refusing to allow an Active Duty Airman to perform his service to our country without the fear of losing custody of his child. Gonzalez ruled that if the Airman leaves for more than 72 hours for any military-related duty, that he will forfeit custody of his child. However, the mother has no such restrictions, and is free to leave the area for any need at any time she wishes. Gonzalez is violating Federal Laws, as well as State Laws that have been adopted to protect the service of our men and women in our Armed Forces. Does Judge Gonzalez know about NRS 125C.0659? Although only on books since January 2014, the Nevada Legislature actually codified protection for our men and women serving our country in the United States military.

After a deploying parent receives notice of deployment and during the deployment, a court may issue a temporary order granting custodial responsibility unless prohibited by the Servicemembers Civil Relief Act, 50 U.S.C. Appx. §§ 521-522. A court may not issue a permanent order granting custodial responsibility without the consent of the deploying parent.

A Marine had sole custody of his child because the biological mom lived in California and had no contact with the child at all. The Marine was deployed to Afghanistan, so the Family Care Plan, a standard requirement for parents in the military and recognized by law (unless Judge Gonzalez doesn’t know about this either), was in place and allowed for the Marine’s mother to care for the child during his deployment under NRS 125C.0667.

The biological mother learned of the deployment, came to Las Vegas, and filed for custody of the child. Instead of following the Serviceman Civil Relief Act (SCRA) and issuing a Stay of actions in the case, Gonzalez moved forward with a custody hearing in the absence of the Marine, who had to hire a lawyer to appear for him. Gonzalez ordered the Marine to appear by phone for the custody hearing, but the Marine was in a firefight (a life or death situation defending our country in combat) and could not do so.

Gonzalez asked his attorney to inform the Marine to drive to a different base that was not engaged in a firefight so that he could appear by phone. When the attorney tried explaining the rights afforded to him under SCRA, Gonzalez did not understand and refused to acknowledge them and therefore ignoring and violating Federal laws.

Please click onto the link to view the article: JUDGE WILLIAM “BILL” GONZALEZ HAS NO LOVE FOR OUR US VETERANS BASED ON HIS INCOMPETENCE AND IGNORING STATE AND FEDERAL LAWS!

A BLACK ROBE AND A LICENSE TO “LIE?” JUDGE GONZALEZ IS TONE-DEAF TO ETHICS

The voters spoke out in 2014 and replaced former Judge Gonzalez with current Judge Denise Gentile. Now, William Gonzalez is hoping that the voters of Clark County have forgotten how our veterans were treated under his watch. Let’s repeat history and keep this violator of our constitution and lack of love for our Veterans off the Bench (see Veterans In Politics video: VIPI Judicial Endorsement Interviews: Gentile and Gonzalez https://www.youtube.com/watch?v=FuD5KYtBeTs).

These are the issues that many of the establishment elites would not like you to know.  The Veterans In Politics International understands that all lives that come before the court matters and we refuse to walk away and pretend that none of this exists. We encourage all citizens to educate themselves before voting.

We have different resources: