You are here: Home / Home - Featured / Military Veteran exposes a candidate for the Family Court Bench!

Veterans In Politics International (VIPI) release an article on July 24, 2020, entitled “Jason Stoffel’s corrupt family law attorney string-pullers are working overtime to help make him a Family Court judge” (click onto the link to view article: https://veteransinpolitics.org/2020/07/jason-stoffels-corrupt-family-law-attorney-string-pullers-are-working-overtime-to-help-make-him-a-family-court-judge/ ).  In this article, we demonstrated how Jason Stoffel’s judicial candidate for Clark County District Court Family Division Department T is nothing but an opportunist. Stoffel browned-nose his way as Clark County Bar Association President and used that position to satisfy a personal agenda. Stoffel used VIPI in 2014 in a failed attempt to overthrow Judge Vincent Ochoa in the General Election.  Stoffel is also using an endorsement “Nevada Veterans Association” after we repeatedly sent him a cease and desist (see the article A PUBLIC NOTICE TO CEASE AND DESIST https://veteransinpolitics.org/2020/06/a-public-notice-to-cease-and-desist/ ).  In this election, Stoffel aligned himself with a corrupt couple who are also Family Court Attorneys Mr. and Mrs. Marshal Willick and Jennifer Abrams in a desperate attempt to secure the judgeship for Department T.

It’s extremely rare for a client to sue his own attorney we provided information that shows Jason Stoffel was sued by his client Russell Zitch an Airforce Veteran. VIPI decided that the article wasn’t enough, so we tracked down Russell Zitch and interviewed him on the Veterans In Politics video internet talk-show last week. 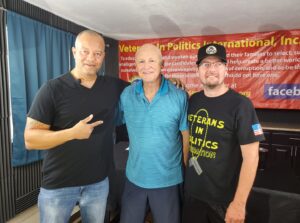 Zitch explains that he was in a 26-year marriage with no children involved. When hunting for an attorney Zitch interviewed Jason Stoffel for his divorce case at Stoffel’s office. Stoffel told Zitch the divorce will only cost $3,000 and he would receive a partial refund. Stoffel indicated to Zitch that his divorce case is a “slam-dunk” and for Zitch not to worry about paying any alimony.

In the first court appearance, Zitch indicated that Stoffel was hired as a mouthpiece but stayed silent when senior judge Gerald Hardcastle wanted Zitch to pay alimony.  After that court appearance the two met again Zitch said that Stoffel indicated to him that he was trying to have his divorce case be placed before Family Court Judge Jennifer Elliot, indicating that he Stoffel and Judge Elliot has a personal relationship and pointed to a photo on Stoffel’s desk.

Zitch said both him and his ex-wife had separate Individual Retirement Accounts (IRA) Zitch indicated that there was a meeting with his ex-wife and her attorney Carol Menninger and his attorney Jason Stoffel. They all agreed that both IRA’s should be combined and split 50/50.  Days later Zitch said that Stoffel failed to put his ex-wife IRA into the divorce decree but didn’t fail to have his IRA listed. Zitch said this malpractice cost him over $27,000 plus now he has to pay additional attorney’s fees to Stoffel to fix Stoffel’s mistake. Zitch said he gave up half of his IRA leaving his ex-wife with one hundred percent of her IRA.

Stoffel was never apologetic, never took responsibility for his incompetence, showed absolutely no compassion or empathy. Instead, Stoffel blames his client Russell Zitch for not catching it before he signed the divorce decree. Stoffel charges Zitch another $1,700 in attorney’s fees to correct Stoffel’s incompetence and Jennifer Elliot was the presiding judge.

Stoffel continues with his misleading and incompetence to his client Russell Zitch by having Zitch pay alimony at $200 per month after initially explaining to Zitch that alimony was off the table. Zitch wanted to stop paying attorney’s fees and wanted to put this divorce behind him thinking that his ex-wife was egger to remarry within a year, so he thought that when she remarries Zitch would stop paying alimony according to Nevada Laws. That wasn’t the case Stoffel made the alimony non-modifiable which guarantees six years of alimony married or not.  Stoffel never explained the legal terms to his client Russell Zitch and cost him another $14,000.

Zitch said Stoffel has no business being an attorney and now he wants to elevate himself to judge. Zitch said he filed two complaints with the Nevada State Bar and the complaints were dismissed both times with a mountain of evidence he provided and by the time the state bar came back with their dismissal the clock ran out on his lawsuit, but not before Zitch paid another $8,000 to hire another attorney to sue Stoffel.

Zitch indicated that Stoffel violated his Oath of an attorney.

Upon being admitted, each applicant shall take and subscribe to the following oath:

I DO SOLEMNLY SWEAR, OR AFFIRM, THAT:

I will support the Constitution and government of the United States and of the State of Nevada;

I will maintain the respect due to courts of justice and judicial officers;

I will support, abide by and follow the Rules of Professional Conduct as are now or may hereafter be adopted by the Supreme Court;

I will conduct myself in a civil and professional manner, whether dealing with clients, opposing parties and counsel, judicial officers or the general public and will promote the administration of justice; and

I will faithfully and honestly discharge the duties of an attorney at law to the best of my knowledge and ability.

We are electing attorneys to a “Family Court Bench” one would think that the bare minimum credential you should have is to have a family, but Jason Stoffel has no children, it stands to reason that decisions involving parent/child issues should probably be decided by someone that actually has children! Stoffel has never had the experience of being a parent but is expected to understand the concerns and anguish that some of the parents appearing before him.  In addition, Stoffel is married to family court attorney Amanda Roberts, but Stoffel has distanced himself from his wife in this election he makes no mention of Amanda Roberts anywhere on his website https://jasonstoffelforjudge.com/. Usually a candidate for a “Family Court Judgeship” will put their family front and center, but it seems that Stoffel is not proud of his wife, because she is nowhere to be found.

Why would we elect anybody to be a family court judge when it’s clear that a person has their own family issues and more than likely will bring their bias to the bench?  We cannot recall a judge, judges have judicial immunity, judges protect each other and will turn a blind eye and a deaf ear, attorney’s that appear before these judges will not report a judge’s bad behavior, because they are worried about the next case they will have before the same judge, so they speak no evil.  Judge’s very rarely filed a complaint against a bad attorney because they are thinking about bad reviews or an attorney challenging them in the next election. The Nevada Commission on Judicial Discipline is underfunded and has favorites on the bench.  This is our opportunity as voters to get it right before an attorney becomes a judge. If we don’t, its six years of complaints, frustration, money loss, appeals, and time with your children vanished, heartaches, and headaches. Let’s get it right the first time Clark County!

Please click onto the link below to watch how this Military Veteran got screwed:

Video of Zitch vs. Stoffel: 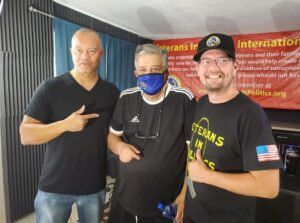