You are here: Home / Home - Featured / The True Story of ALEX GHIBAUDO a Nevada Attorney

“Nevada State Bar has a mountain of complaints against Ghibaudo and failed to take immediate action, leaving the public to fend for themselves” 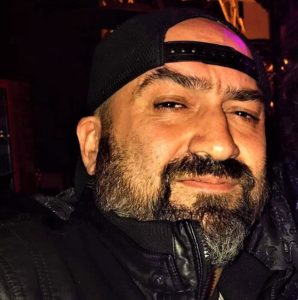 This is the true story of Alex B. Ghibaudo, Nevada State Bar No. 10592.  A member of Nevada Bar, Ghibaudo is an “active” attorney, currently licensed to practice law in the Great State of Nevada.

It’s been a rocky road for attorney Ghibaudo.  It appears he has run afoul of the law on more than one occasion.  Public records reveal that Ghibaudo, less than two years after being admitted to practice law, was suspended from the practice of law in Aug. 2009.

According to records of Nevada State Bar, Alex B. Ghibaudo, on Aug. 7, 2009, was temporarily suspended from the practice of law for an unstated time period pending resolution of formal disciplinary proceedings against him.

Ultimately, Ghibaudo would be suspended from the practice of law for a period of almost five years, until May 28, 2014.

So, what on earth did Ghibaudo do that would warrant a five-year suspension?

Back in 2015, Ghibaudo told his story to the Review-Journal—all of it.  Apparently, Ghibaudo has had issues with alcohol abuse, prostitutes, suicide attempts, and bipolar disorder, which may have been a cause of the suspension, or a direct result of it.

In April 2015, the ABA Bar Journal reports that Ghibaudo said he began having mental health problems in law school in San Francisco (U.C. Hastings).  While in law school, prior to 2007, Ghibaudo “drank heavily, skipped classes, spent time with prostitutes, and spent an inheritance.”   (“Par-tay!”)

After surviving the booze ‘n the broads, Ghibaudo got his law degree and started his own law firm in beautiful, downtown Las Vegas, Nevada—“par-tay” capital of America.

According to the ABA Bar Journal article of 2015:

“In April 2008, Ghibaudo told his wife about his past, including the fact that he had been unfaithful.  In August 2008, he attempted suicide.  He was arrested in 2009 when he violated a restraining order obtained by his wife. He was arrested again on a domestic violence charge.”

“A state bar counsel persuaded Ghibaudo to agree to a suspension and helped connect him to people who could help.  He was diagnosed after another suicide attempt.  Then another domestic violence incident in 2010 sent Ghibaudo to jail, where he was given daily medication that helped give him ‘clarity,’ he says.”

Okay, so that’s domestic violence incident #4 and arrest #3.  Diagnosed?  For what?  And what kind of “clarity” does daily medication bestow?  What does “clarity” even mean? Anti-psychotics?  Psychotropic?

Curiously, the ABA Bar Journal reports that Ghibaudo “worked as a law clerk during his suspension.”  Hmm… for which judge?  Enquiring minds wish to know.

So, what’s really going on?  In July 2009, the State Bar filed complaint #1 against Ghibaudo alleging multiple counts of misconduct.  According to the court order dated Aug. 7, 2009, Alex B. Ghibaudo: (1) repeatedly abandoned clients; (2) failed to provide an accounting of client funds; (3) failed to respond to State Bar attorneys; (4) made numerous unprofessional and demeaning phone calls to two other lawyers.

The court concluded that “Ghibaudo poses a substantial threat of serious harm to the public, and that his immediate temporary suspension is warranted.”

On Aug. 7, 2009, Ghibaudo was suspended from the practice of law.  And then, after the temporary suspension, the State Bar filed two complaint #2 and #3 against Ghibaudo, #2 based on multiple misdemeanor convictions and #3 based on client grievances.

The temporary suspension would last through the disposition of the formal proceedings in the State Bar claims against him.

In a Nevada Supreme Court order dated Dec. 11, 2013, the court considered, but ultimately denied Ghibaudo’s reinstatement to the practice of law.

The Court denied Ghibaudo’s bid for reinstatement because, in the Court’s own words, the justices “will not consider reinstatement until Ghibaudo has repaid all of the money owed to the Client Security Fund.”

According to a court order dated Dec. 11, 2013, Ghibaudo, in a conditional guilty plea, had agreed to a three-year suspension, dating back to Aug. 7, 2009.  The Dec. 11, 2013 order reflects that Ghibaudo agreed to pay the cost of the disciplinary proceeding and also to pay the sum of $13,463 to the State Bar Client Security Fund.

On May 28, 2014, the Nevada Supreme Court ordered the reinstatement of Alex B. Ghibaudo.  However, Ghibaudo was on a two-year probationary period.  He was also ordered to continue psychological and psychiatric treatments, including taking prescribed medication.

Just goes to show; sometimes, you can’t tell the poison from the cure.  After taking all those pharma drugs, has Ghibaudo been cured?  But he still gets the refills, right?

And remember, you won’t read about Ghibaudo’s trials and tribulations at Our Nevada Judges!

Cut to … four months later.  Looking back here’s what happened:  when Ghibaudo heard that VIPI was doing the above story on him, he went totally “nutso.”  Ghibaudo stalked and harassed your humble narrator, T. Matthew Phillips, Esq., who ultimately filed for a restraining order.  And then, on July 23, 2020, Hon. Saragosa issued a one-year restraining order against Ghibaudo.

Notably, Ghibaudo couldn’t make it to court.  According to his attorney Benjamin Nadig, Esq., Ghibaudo was “out of the jurisdiction.”  (Srsly!)  Note also, Ghibaudo’s lawyer, Benjamin Nadig now runs for Judge in Dept. 22!  (It’s a small world!)

Phillips had this to say:  “Ghibaudo issues threats, and then, in the same sentence, he tries to explain that it’s not a threat,” said Phillips, “but this just shows how psycho he really is.” (See article: NEVADA ATTORNEY ALEX B. GHIBAUDO – ANOTHER RESTRAINING ORDER https://veteransinpolitics.org/2020/07/nevada-attorney-alex-b-ghibaudo-another-restraining-order/).

Rumor around the campfire is that disciplinary proceedings are now underway to take away Ghibaudo’s law license.  Stay tuned for all the updates!  You definitely will not read about this at Our Nevada Judges!

In addition Veterans In Politics International filed a Nevada State Bar complaint against Ghibaudo and followed up with a response containing over 722 pages of exhibits.