You are here: Home / News / Call to Veterans: Boycott KTNV Channel 13 until Jon Ralston Issues a Public Apology for His Offensive Behavior 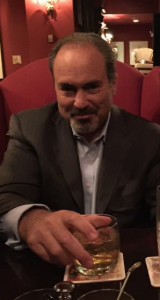 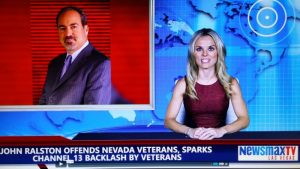 It is undeniable that those who have fought for our freedoms abroad, have returned home with challenges unique to, and directly related to, the sacrifices they have made to protect us.  These unique challenges have sparked debate and action across the United States at nearly every level of the judicial branch, resulting in the creation of many Veterans Specialty Treatment Courts.

With this in mind, and before asking Governor Pence his question, the Governor acknowledged and inquired about the hat Sanson was wearing (a Veterans hat from the Gulf War).  Sanson shared that he is a 100% service connected, disabled Gulf War Veteran.  At that point, Governor Pence asked all Veterans in the audience to stand and for the crowd to acknowledge their sacrifice by giving them an applause. 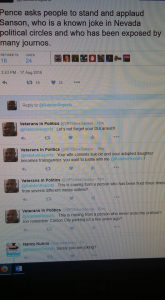 Ralston has long been regarded as an instigator, who without provocation advocates his own personal agenda using the cloak of his current media affiliation as his platform to portray his message.  Ralston has never worn the uniform, nor served his country in any meaningful way.  He uses his First Amendment rights to disparage those who have personally sacrificed his right to do so.

However, Ralston’s unprovoked assault on Sanson was an assault and sign of disrespect to Veterans as a whole.  Governor Pence used Sanson’s participation in this event to acknowledge ALL Veterans and their contributions and sacrifices.  Ralston chose to undermine the thoughtful gesture of this vice presidential candidate by personally insulting and attacking Sanson.

Ralston represents himself as a serious member of the media, and not strictly a sensationalist talking head pundit.  Ralston perceives himself to have serious value.  His most recent and offensive actions on Twitter may be the types of actions that have caused him to be terminated from three other local media outlets.

Ralston calls Sanson a “joke,” and references exposure by other “journos.”  However, Ralston felt Sanson is important enough to acknowledge him on social media—rather than reporting on other more “serious” matters; for instance, the event itself with Governor Pence.

Perhaps, Ralston’s lapse in judgment and personal attacks was due to intoxication?  That would explain the reckless behavior and potential career suicide of insulting a Veteran who merely was acknowledged by a vice presidential candidate for his service… After all, he pled guilty to Driving Under the Influence in 2005. 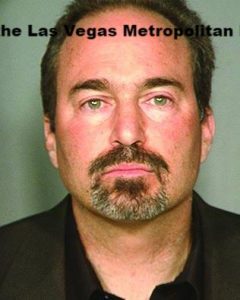 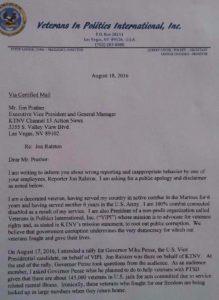 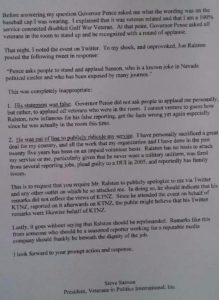 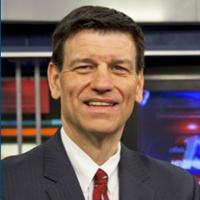 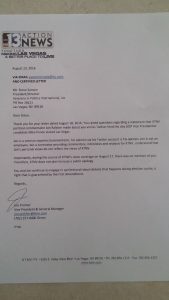 Prather distanced himself from Ralston, representing that Ralston is merely a contractor and his views do not reflect the views of Channel 13.  Prather went on to cite the First Amendment, and characterize the interactions between Ralston and Sanson as “robust debate.”  His carefully crafted and convenient response, implicitly recognizes the impropriety of Ralston’s conduct.

Sanson reminded Prather of his awareness of what the First Amendment stands for, an awareness that some civilians like Ralston lack because they enjoy its protections, even at the expense of those who sacrificed to insure those protections.

Prather and Channel 13 cannot distance themselves from Ralston’s actions claiming he is merely a contractor and not an employee, the legal distinction has no factual and substantive merit.  They have condoned through inaction, Ralston’s reckless behavior.  They have tolerated the use of their name and reputation as a vehicle for Ralston to engage in childish, and unprofessional behavior lacking any serious literary merit.

Ralston is free to say and write whatever he chooses.  We as Veterans are free to stand united and send a message that cowardly attempts to undermine the sacrifice of those who have served, will not be tolerated.

Ralston’s attack on Sanson underscored the real news worthy issue: Governor Pence’s recognition of Veterans and their service.  Whether its immaturity, poor form, or a lapse in judgment—Ralston’s actions reflect on KTNV Channel 13—regardless of how they classify his “legal” relationship to the station.

Mission Statement for KTNV: We are committed to making Las Vegas a better place for you and your family. We strive to solve everyday problems that can make life in Las Vegas frustrating.  Action News tackles problems that government and big business ignore. We ask tough questions and hold those in authority accountable.

Maybe Ralston was jealous because he was not in the spotlight and received no attention for his mediocrity?

The Las Vegas Veteran community should give Ralston and KTNV the attention they deserve—which is a coordinated effort to give them no attention at all.

Veterans should boycott this news outlet until such time as KTNV Channel 13 and Jim Prather earn their respect by their actions and holding Ralston accountable for his own.

No doubt, had Ralston’s “opinions” been on some other controversial matter, Prather would be unable to distance himself by claiming they were not the opinions of the network as a whole.  Prather has essentially represented that Ralston’s behavior in disrespect of Veterans was of such little consequence, that Ralston’s “contractual” relationship would be unaffected and Ralston would not be admonished.  Prather refused to apologize for Ralston’s insults.

Veterans In Politics International demands a public apology from Ralston and KTNV Channel 13, until such time—requests all local Veterans boycott the channel.

Thank you and Semper Fidelis