You are here: Home / Home - Featured / President of Veterans In Politics International, Inc. ® Sent an E-Mail to Columnist Jane Ann Morrison in response to a bias article 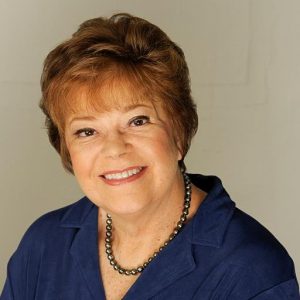 I was taken aback by the last two articles you wrote about me and my organization.  I only met you once and spoke to you once on the phone, and to my knowledge, we didn’t have any negative interactions.  So I don’t understand why you are writing “hit pieces” on me, especially since they contain untrue statements that you clearly didn’t bother to research or interview me about. And, the pieces seem to be coordinated with those who have an ax to grind against me and have pending litigation against me and my organization – not exactly unbiased sources.

For example, contrary to your claims, my organization is not a for profit business.  A simple search of the Nevada Secretary of State website would have shown you this.  https://nvsos.gov/sosentitysearch/CorpDetails.aspx?lx8nvq=fOmt5ygxu32hk1HaKxHEuA%253d%253d&nt7=0  Donations to Veterans in Politics are not tax deductible because we endorse political candidates.  Donations to any organization that is involved in politics are not tax deductible; that applies to PACS, associations that endorse, unions that endorse, etc.  There is nothing new or irregular about that.  None of us earn income from the organization, and we do not make profits – instead, I often have to put my own money into it just to make ends meet.

What’s really ironic is that you work for an organization that endorses candidates (including judges), and is a for profit business, and takes substantial sums of money from judges and judicial candidates every campaign cycle for advertising.  To use your words, are you saying that the RJ’s endorsements are therefore “in fact a business plan?”  Is that something the voters should be aware of?  Are you saying that the judges in Nevada should recuse themselves or be disqualified from hearing a case involving the Review Journal?  What about recusing themselves from matters involving the unions, PACs, associations, and other entities that endorse them or organizations that they join while campaigning?

Jane Ann, you are a talented writer.  Instead of looking for reasons to write about me, why not write about some of the crucial issues that we’ve been working so hard to bring to light – the unfair and unconstitutional treatment that Nevada citizens are getting at the hands of some of our family law judges?  Moms and dads who are losing their children based on hearsay and false accusations with no demand for evidence by the judges presiding over their cases; people who are being required to pay tens of thousands of dollars to a mediator before they are allowed to even make a motion in court, depriving them of constitutionally guaranteed access to courts; what about parents who are kept from their children simply because they cannot pay a psychologist’s inflated bill; what about parents who are ordered to take drug tests as part of a custody decision when that is outside the jurisdiction of civil courts to even order?  Why not write about the lives that are being destroyed and the exorbitant fees charged by some family law lawyers who churn the proceedings to maximize profits even though it is not in their clients’ interests to do so?

Simply writing opinions on me based on biased one sided information from a former radio host and from a lawyer, both of whom have had their share of problems, does not seem to be the best use of your platform.  See below:

I would appreciate it if you would correct your misstatements and consider not continuing to be used as a PR tool for those who have an ax to grind against me or Veterans In Politics.  In my opinion, your talents and training should be used for a higher purpose and should reflect higher journalistic standards. 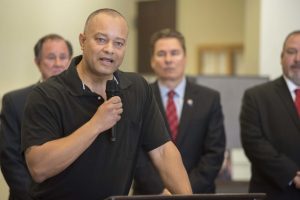